Before the merge, there were some discussions on multi-block MEV.

Now that builders can just pay for their block to get included, the possibility of one entity being able to decide on the content of multiple blocks in a row increased significantly. Builder just have to pay enough and hope that the proposing validators are using mev-boost (which currently has a 50% probability).

We already saw that certain builders bought empty blocks for cheap money and relayed their blocks through flashbots (see https://twitter.com/MevRefund/status/1573416023998578703).
This empty block (Block 15598565 - Open Source Ethereum Blockchain Explorer - beaconcha.in - 2022), which was also relayed by flashbots, even includes a message saying “Have we thought this through?”.

This brings me to my question:
What are the risks here? Especially, thinking about manipulating time-averaged price oracles?

Hey! This is indeed a problem, I haven’t thought through what being able to buy blocks for cheap means (aside from lowering cost of attack).

We have thought about multi-block MEV generally in the past, and the potential for the same entity to propose consecutive slots (this is a problem regardless of PBS). We briefly talked to the Uniswap & Euler teams about this and wrote a draft memo on what it means. I believe there were short-term band-aids possible where the oracle could be calculated over more slots but nothing convincing. I’ll ping them to answer here!

A few links for you in the meantime:

For that last link from Alvaro, here is the tldr table at the end of the article, where columns are numbers of consecutive blocks, and rows are % of stake owned. 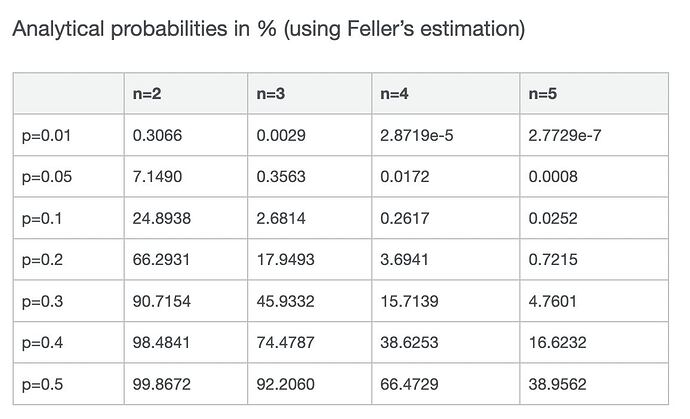 and here are early theoretical results, also from Alvaro: 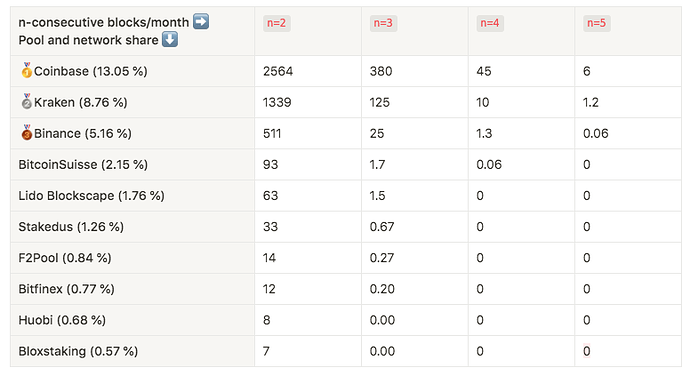 Thanks for this comprehensive answer.

I’m currently analysing this a little closer and it looks like that certain flashbots builders (babe and dead) already had thousands of consecutive blocks.
That large validators can engage in something like that is one thing. But to me it looks like if everyday users are now able to do so by passing their blocks to the relays. It’s not even expensive.

I will post some updates as soon as they’re ready.

We briefly talked to the Uniswap & Euler teams about this and wrote a draft memo on what it means. I believe there were short-term band-aids possible where the oracle could be calculated over more slots but nothing convincing. I’ll ping them to answer here!

Hey Alex, kindly asking if you heard back from the folks in the meantime?
Would be very interesting to read the initial thoughts.